Doha-Qatar (24 December 2022) – Following the global launch of the all-new, fourth-generation Nissan X-TRAIL and in anticipation of its Middle East debut early next year, Nissan looks back at the decades-long journey of this benchmark-setting SUV and its reputation as the perfect companion for all adventures. Conceived as a compact SUV for a versatile lifestyle, the X-TRAIL’s popularity is built on performance-oriented styling, class-leading technology, and everyday utility, complimented with an engaging driving experience on all terrains.

The compact SUV’s unique identity combines two elements, “X” and “Trail”, with the former indicating the active lifestyle of its customers and the latter implying a track or rough road. By fusing these two components together, Nissan made a bold statement and solidified the X-TRAIL’s reputation, since it was introduced to the brand’s line-up in 2001, as one of the best-selling models in the industry’s largest SUV segment, focused on delivering functionality, comfort, technology and safety.

Thierry Sabbagh, President, Nissan Saudi Arabia, INFINITI Middle East and Managing Director, Nissan Middle East, said: “The Nissan X-TRAIL is a key model in our SUV line-up, matching high quality and reliability with desirable comfort and flexibility. Competing in an extremely popular automotive segment, it caters to the varied needs of a growing demographic with innovative upgrades, high value, and class-leading performance. The all-new fourth-generation X-TRAIL, which is set to launch in the region early next year, builds on three generations of success and will continue to deliver exciting and engaging driving experiences for families and adventurers across the Middle East.”

Mr. Nassim Mourani, General Manager – Automotive Group, Saleh Al Hamad Al Mana Co., Qatar: “We are delighted that the X-TRAIL legacy lives on. I know that the all-new fourth-generation X-TRAIL will be a hit with customers in Qatar: it’s been a popular mainstay in our lineup. This latest model, with the latest technology and safety innovation, offers a fresh take on driving adventures.”

Spanning four generations and over twenty years, the Nissan X-TRAIL’s legacy is built on a series of global milestones:

Introduced in 2001, the Nissan X-TRAIL brought to the market a genuine, compact 4×4 SUV. The design of this groundbreaking model was a fine balance between road and trail, communicating sophistication with strength.

What truly set the X-TRAIL apart, however, was its ALL MODE 4×4 system, developed for a secure and relaxed driving experience on all terrains. This innovative technology was the first electronic four-wheel drive system in a compact 4X4 and was based on the same principles of the system used in the Nissan Skyline GT-R.

Launched in 2007, the second-generation X-TRAIL added a new dimension to the small utility segment and was designed to shift the way young customers viewed compact SUVs. Building on the strengths of its predecessor, this all-new model was recognized as possessing the world’s most advanced 4×4 technology.

Combining authentic 4×4 styling with real outdoor functionality, the second-generation X-TRAIL served as the ultimate compact SUV for those with an active and adventurous lifestyle. This was complemented by exceptional handling, enviable off-road capability, and an interior space that combined innovation and versatility.

Making its global debut in 2014, the third-generation Nissan X-TRAIL retained the outgoing model’s go-anywhere capability but added a host of features to redefine what customers can expect from a compact SUV. In true Nissan fashion, the third-generation X-TRAIL introduced premium technology to a new area of the market, with numerous first-in-segment safety and technology features under Nissan Intelligent Mobility and NissanConnect navigation systems.

Built for families, the third-generation model was also the first Nissan X-TRAIL to offer a 7-seater option and sported a new crossover design. A true sales success, this generation marked the X-TRAIL becoming the World’s Best-Selling SUV within its segment with over three million units sold globally.

The all-new fourth-generation Nissan X-TRAIL, which was launched globally last year and is set to make its Middle East debut early next year, has already begun to attract the attention of fans in the region. Representing one of the most comprehensive model redesigns in Nissan’s history, the all-new X-TRAIL is among the brand’s most technologically advanced SUVs to date and its elevated, premium styling serves as a true reflection of its spirit – versatile and adventurous, with no compromise on comfort.

The latest X-TRAIL adds to Nissan’s robust SUV offering in the Middle East – which has seen an overall uplift in line with the Nissan NEXT transformational plan announced in 2020. The line-up – which also includes the KICKS, X-Terra, Pathfinder, Patrol, Patrol NISMO and Patrol Super Safari – aims to address the needs and expectations of varied consumer groups. Supplemented by a strong dealer network and a tailored, omnichannel customer journey, Nissan remains committed to ensuring a holistic automotive experience for its customers in the region. 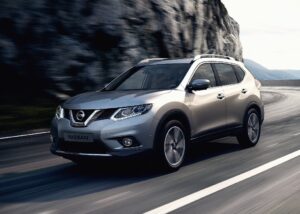 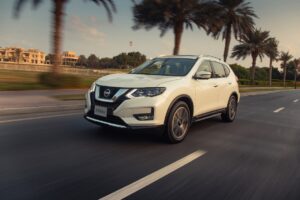 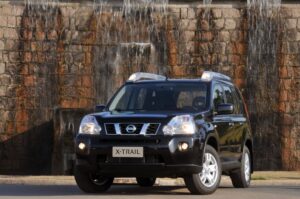 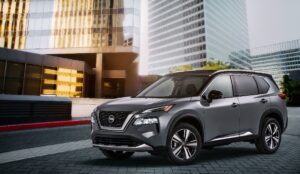 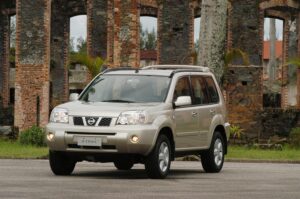